Painting in another historic Edinburgh venue

Last year I spent time painting various spots in The Three Sisters, a famous pub on Edinburgh’s Cowgate. The venue was named after the three Mackinnon sisters Cath, Kitty, and Maggie, famous in the 1740s for gracing Edinburgh stages with their singing, dancing and beauty. It is a large complex of bars, and inside this network of rooms is housed Edinburgh’s Student Union Bar. 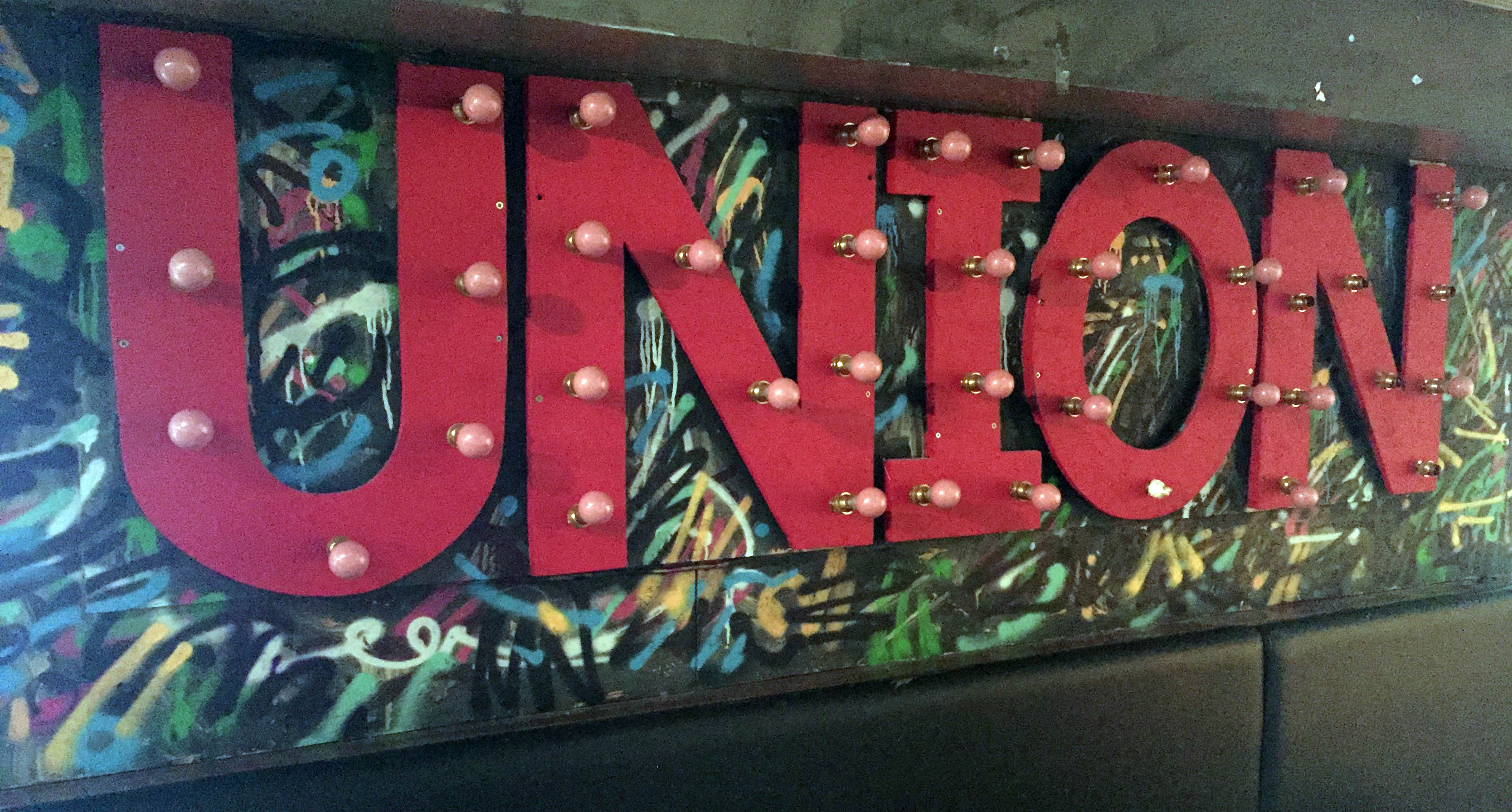 The Three Sisters asked me back this year to further improve the Student Union. This time I took on a tired and bedraggled looking corridor which before I arrived, wouldn’t have looked out of place in a 1970s office block. They wanted some new artwork that was very Edinburgh-themed, would energise the space, and had some relevance to the diverse university students who frequent the space. 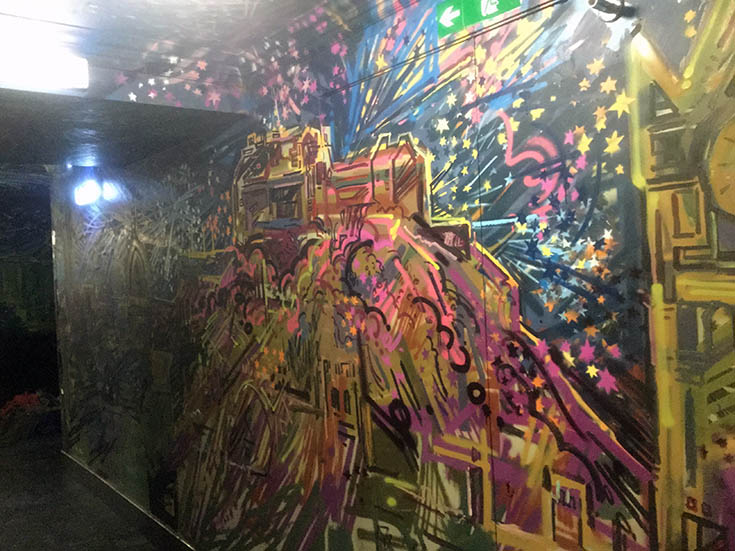 The main wall in the corridor now has an impressionist vista of Edinburgh with the castle illuminated by the world famous bi-annual fireworks display.

I took the artwork onto the ceiling as well as the walls in order to give the area an immersive feel. As the scene moved further away from the firework end of the corridor, the idea was to give it a ‘starry night’ / Van Gogh inspired look. The Three  Sisters also had me paint the walls at the far end with notable university buildings from around the city. 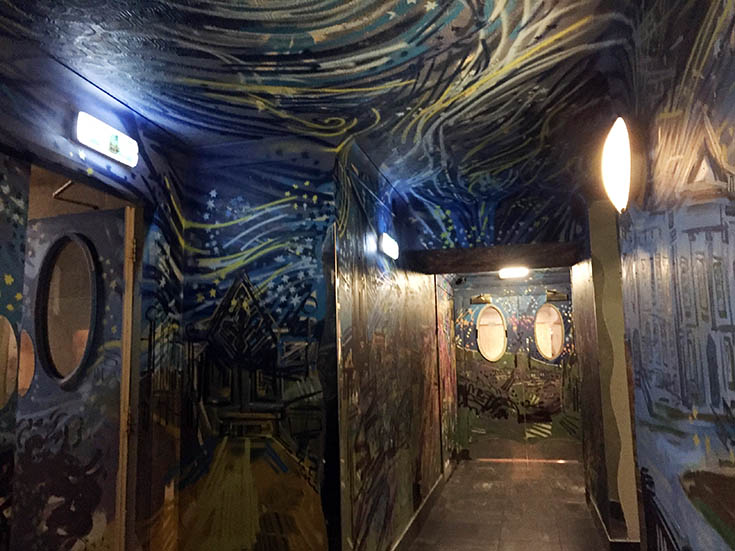 On a completely different theme, The Three Sisters asked me to reflect the Cowgate location of the bar in another mural. The venue is surrounded by a maze of vaulted arches that hold the buildings of the area up, and so I painted a map to the vaults under George IV Bridge with a pop art/brightly coloured feel. 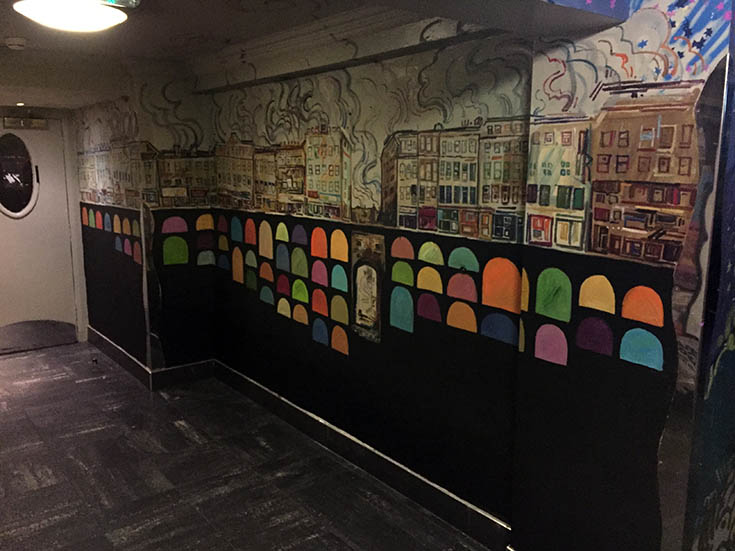 The whole job was done to deadline in under a week, just after the Edinburgh Festival finished but before the onslaught of students for Freshers Week.

Fingers crossed it will keep the students happy and ultimately lead to increased footfall through the door – always the mark of a successful project for me!