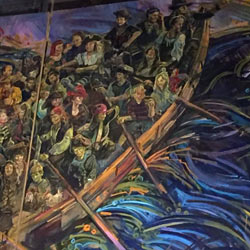 Murals
Take a peek at some of my recent murals.

Spray Work
A recent departure from my brush-painted murals. 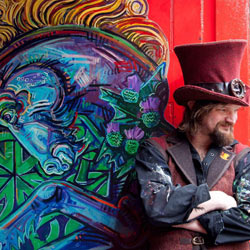 Live Painting
A bit of showmanship adds a dynamic element to painting. 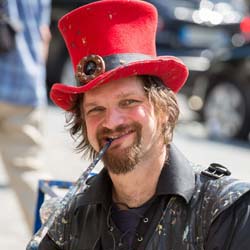 About Chris
Enthusiastic and bearded. Sums it up really. 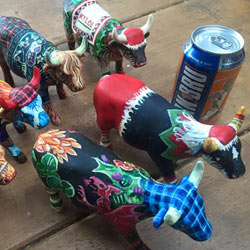 Other Work
Coos of all colours!

Blue Vale Structures in Glasgow are a facade retention and building clearance specialists. They have been in the same building…

Late in 2017 veteran Irish bar owners Malones bought Edinburgh institution Diane’s Pool Hall near Haymarket station. After decades of running the legendary pool hall Diane decided to retire, leaving the much loved two-storey corner space open to new opportunities. On a personal note, I’ve been playing pool in Diane’s for more than twenty years and really loved the place, and so I was sorry to see it go. But I was delighted to receive the call from Malones and to help make this new incarnation a really special place was the best thing I could do.
Read more