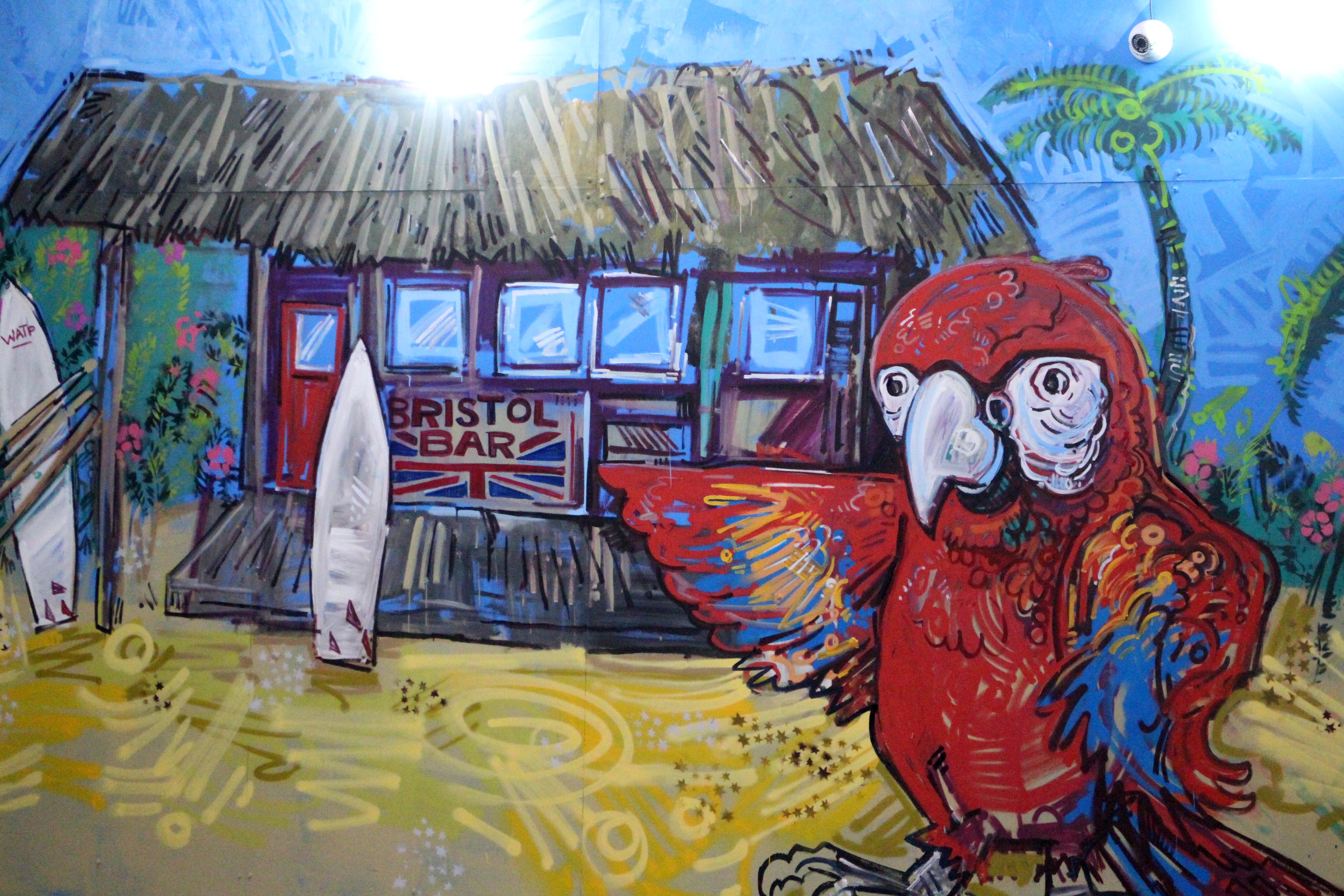 The Bristol Bar in the east end of Glasgow has become one of my regular clients. In 2013 I themed their main bar with an excited Ibrox football crowd mural and I reappear annually to paint more portraits into the picture. Click here to see photos of the Ibrox mural.

The Bristol Bar is a real party hotspot; they take fun very seriously. In July of 2017 they decided to hold a beach party using a redundant space at the back of the bar which was in need of a face lift. When I arrived owners Greg and Harry had created a sky-blue plywood-clad room as a gigantic canvas for me; the entire space was roughly 9 metres square and 3.6 metres tall.

The plan was to paint it in three days…. it turned out to be three very long days!

Over the course of the project I painted a variety of scenes including a monster crab eating an ice cream cone, a parrot stood in front of a Bristol Bar-themed beach hut and a large octopus with a Rangers coloured dome, using the existing wall light as one of the eyes. I also created two cutout boards themed around voluptuous mermaids with holes for customers to poke their heads through. I also painted two large surfing sharks, a hammerhead and a great white. The bar wanted a comical nod to the Rangers rivalry with Celtic so I took a bite sized chunk out of the great white’s board and hung a rogue foot with a Celtic tattoo from the tether, as though the shark had stolen the board from a fan.

The day after I left, 12 tonnes of sand were brought to the bar and installed in the space, followed by the installation of some fake palm trees and as a special treat they added a surf machine.

This was then used for a surf competition with the longest rider winning a holiday to Thailand.

Plans are afoot to hold more beach parties as the year unfolds and really use the space to its best advantage. We may re-theme the room around different concepts in the future.

Judging from their Facebook photos, the Bristol Bar really knows how to throw a party!