Irish hospitality company Malones bought Edinburgh institution Diane’s Pool Hall near Haymarket station in late 2017. They needed me to contribute to a number of zones in the bar, in particular the brick wall behind the new main stage and the staircase leading up from the bottom bar. We decided to produce a large scale ‘Father Ted’ mural; a television series that I love and that is universally popular throughout the UK and Ireland.

I produced the new stage artwork in one long 15 hour shift; the final result has a warm, inviting and authentic feeling - it feels like it has always been there. Following the success of the stairwell mural and the stage design I was also asked to provide further artwork for some other areas.

Downstairs the builders had uncovered some original bifold doors that had been sealed away for decades. With Guinness's permission I recreated one of their classic advertising posters for the space.

In addition to this I was asked to paint a feature picture for the ladies’ bathroom, illustrating the classic Guinness caption ‘A woman needs a man like a fish needs a bicycle’, and further branded items and signage. 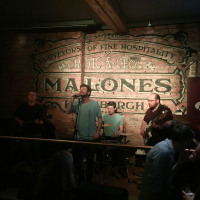 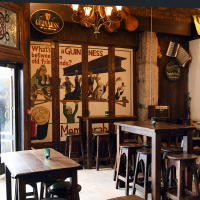 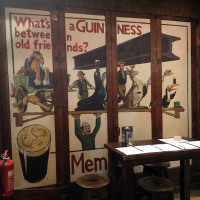 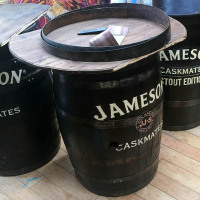 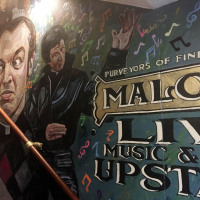 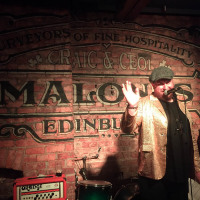 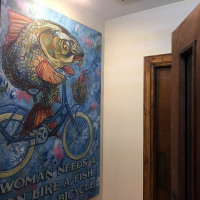 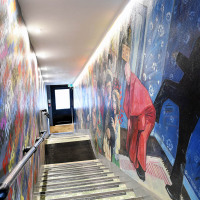 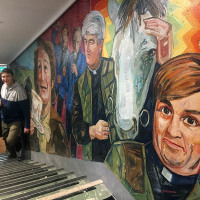 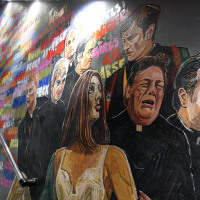 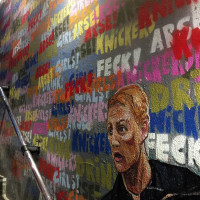 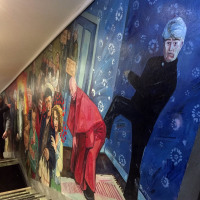 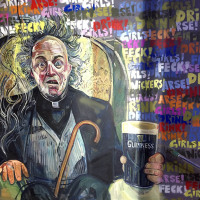 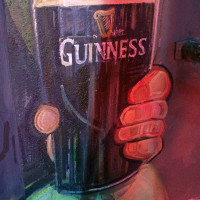 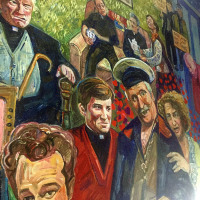 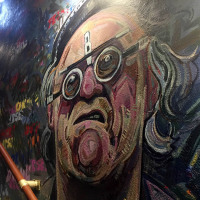 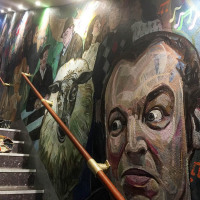 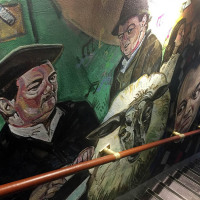 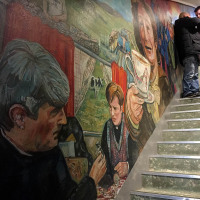