Skip to content
Having been negligent in sending Christmas cards for a number of years, in 2012 I decided to rectify this on a grand scale. Edinburgh department store John Lewis kindly lent me a prominent shop window in which to build a grand scale 21 foot Christmas mural from scratch, whilst the bemused public looked on. I was there for twelve days in total; seven in the window, then up to the cafe to interact with the public for two days before heading back to the window. I took a couple of hundred photos of customers and then painted them into a crowd scene. Apparently the day that I spent inside the store was the best earning day in the cafe's history - there was a lot of repeat custom! 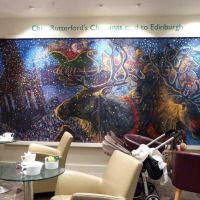 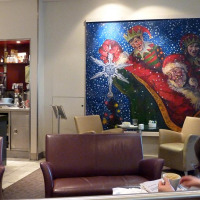 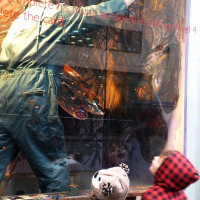 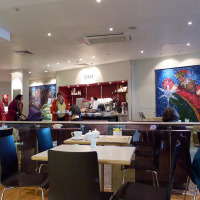 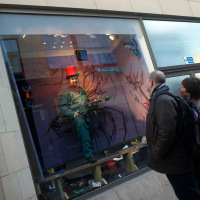 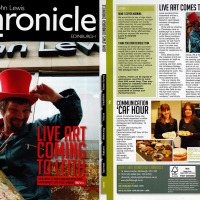