Alongside traditional rectangular paintings I have also made a speciality in cut-outs. These are a throwback to the kind of spot illustrations that I used to produce for magazines back in my commercial illustration days. The cut-out paintings are built on large scale shaped boards and over the years I've painted various subjects with this technique. The advantage to these irregularly-shaped works being that the image blends into its surroundings and becomes part of the scene.

A great example of this was a live painting project that I did on St. Andrew’s Day 2013 for Holyrood Palace, where I painted past Scottish monarchs within the grounds of the palace. The process was fascinating for the visitors and also gave them a great photo opportunity with the life-size paintings of Mary, Queen of Scots, Bonnie Prince Charlie, Queen Victoria, King George IV and King David I, against the ornate backdrop of Holyrood Palace itself.

I've also made a number of figures for restaurants and shops that project their story into the street to catch the interest of passersby. In addition I've made something of a speciality of creating large scale Scottish animal boards - a much less macabre way of putting a trophy head on the wall. 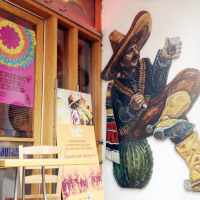 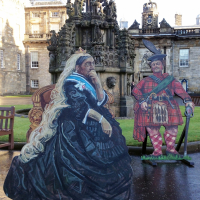 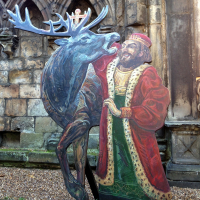 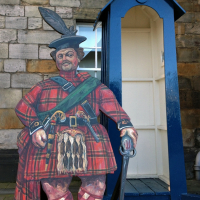 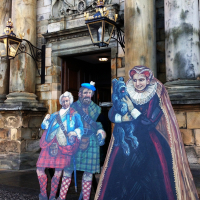 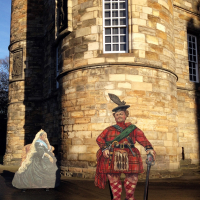 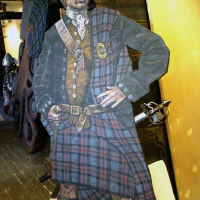 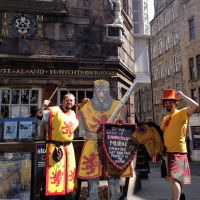 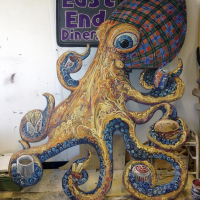 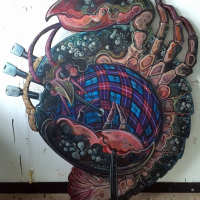 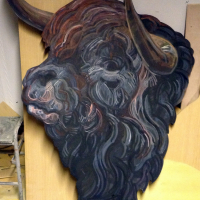 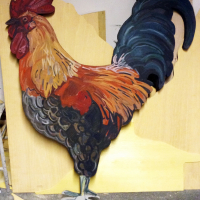 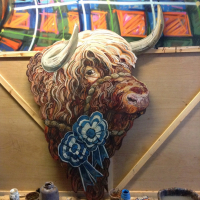 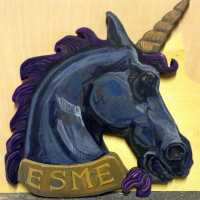 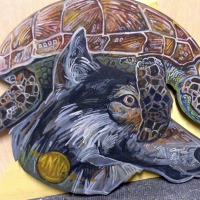 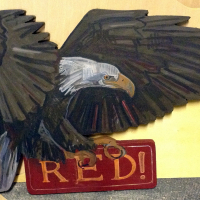