Over the last few years (and much to my surprise) I've become Edinburgh's foremost cow painter. This all began in 2006 when I created 'Och Aye The Moo’, a fearsome highland cow clad in highland attire for the Edinburgh Cow Parade. He was eventually the 3rd highest selling cow, going for £8500 at the charity auction with the average being around £2000.

Since then I have become the official cow painter for prominent West End Edinburgh restaurant Kyloe: Gourmet Steak Restaurant & Grill, whose rotating collection of cows enliven a corner at the end of Princes Street. The cows were initially seasonal in decoration but unbranded, but over the years they have become more elaborate and a major photo opportunity for tourists on one of Edinburgh’s most famous streets.

I've also painted cows in shop doorways and for private clients - it's become an unexpected speciality. 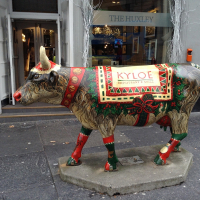 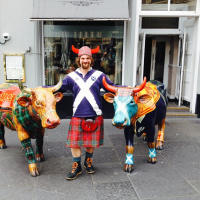 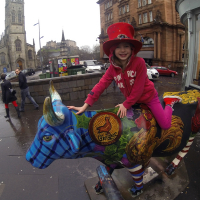 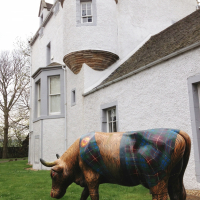 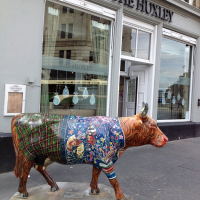 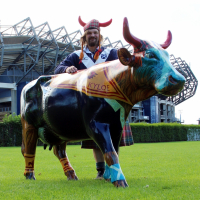 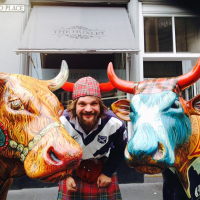 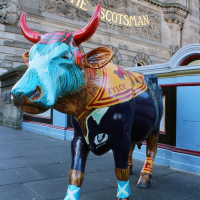 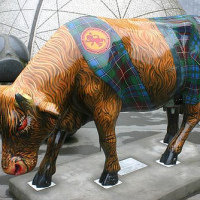 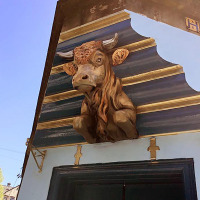 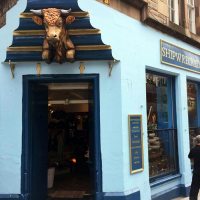