Skip to content
The largest piece that I produced in 2011 was a commission for a restaurant in Glasgow’s East End. A continuous mural tells the riotous story of Tam o' Shanter venturing drunk into the wild and stormy night, spying on the devil's ceilidh (full of booze and bravado) and the epic chase once the revellers spy him. Typically this scene is depicted with the focus on the lead witch Nannie and Tam on his horse, but this painting is long enough for the whole legion of unholy loons to ‘bizz out wi angry fyke’. I really wanted to underline the point that while one witch is a problem, forty is a catastrophe. Many of the warlocks and witches featured are regulars in restaurant's bar. The rest are friends from my studio building, who play the parts of the various characters in the story. This community of actors have as much ownership over the image as me - I couldn’t have done it without them. While I was producing the painting I also made a time lapse video of the paintings production. This picture fulfils two long term ambitions of mine: I’ve always wanted to illustrate Tam o' Shanter, a poem which is ripe with imagery and mood. It also has personal significance as my gran used to recite it; she spoke the words the last time I saw her before she died. Also I am a comics enthusiast and studied sequential art at college. My career thus far has mainly focused on illustration and portraiture but I always had an ambition to produce epic narrative art - this was a great opportunity to write my own movie in super wide screen. Tam o' Shanter was the latest of my paintings in the tradition of the historical epic and followed on the heels of my historical Bonnie Prince Charlie painting ‘The Jacobite Stramash’. 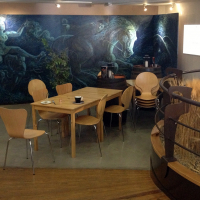 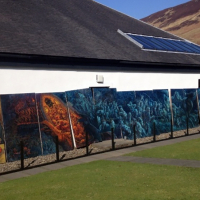 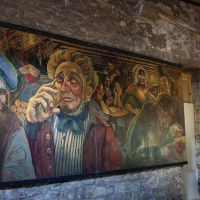 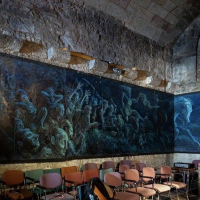 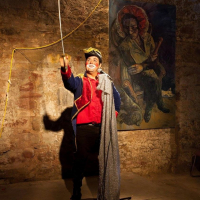 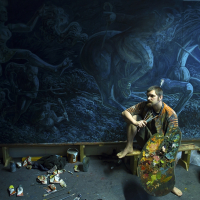 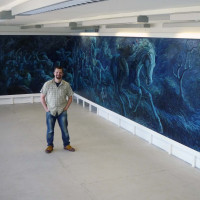 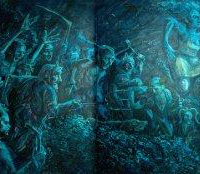 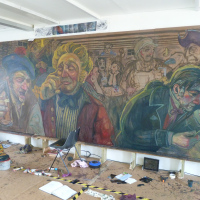 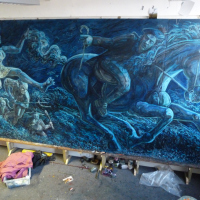 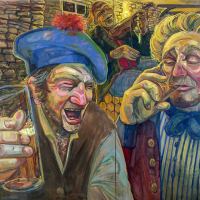 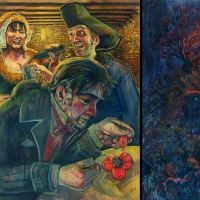 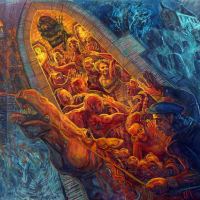 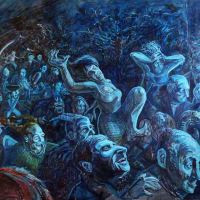 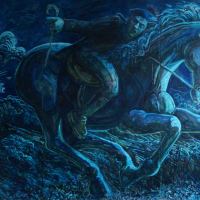 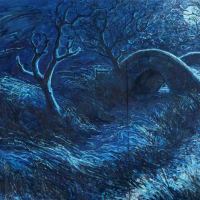