This painting is a reimagining of Bonnie Prince Charlie’s army on a celebratory piss up two hundred and sixty five years ago.

On 17th September 1745 just before daybreak, Bonnie Prince Charlie’s men took Edinburgh through the Netherbow Gate that used to divide The High St from the Canongate. He was the Prince Regent and for a period of some three weeks he was crowned the king of Scotland.

Though he won the battle of Prestonpans a few days later, I think this was his greatest moment. It was done without bloodshed and the army paid for its drink.

Bonnie Prince Charlie was a latter day celebrity - the living embodiment of the Stewart ‘Lion Rampant’ flag. He was, by all accounts, a charismatic, engaging, highly motivated and military trained individual. 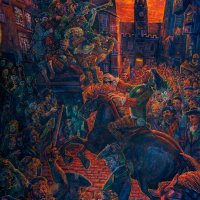 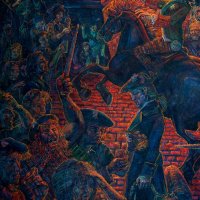 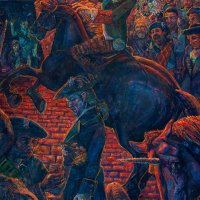 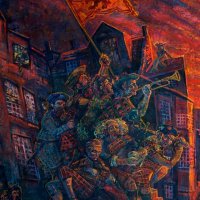 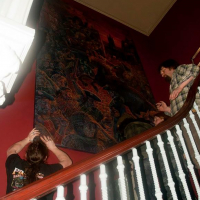 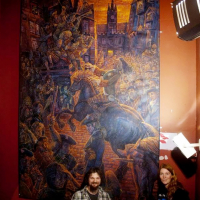