Skip to content
Galashiels is a Scottish Borders town with a strong history and a heritage of Victorian artwork. It recently gained a new rail link which is a major bonus to the town, but it was felt that the physical gateway was not massively welcoming and overall the area had been looking a bit bedraggled. The iconic Flying Scotsman train visited the town in May 2016, which proved to be a major event in the area, and so we decided to use this theme in creating a brand new gateway mural. Including the community in the very fabric of the painting was vital to the project, so I decided to build one of my crowd murals alongside the image of the Flying Scotsman and cast the locals in the crowd scene. Initiated by the community organisation Energise Galashiels, the mural was officially launched on October 1st 2016 as part of the first annual Creative Coathanger festival. The launch garnered lots of media attention and was attended by hundreds of locals as well as former politician Lord David Steel, who also lives in the Scottish Borders. Two main sections of the mural are now on display at the entrance to Galashiels, visible almost as soon as you exit the brand spanking new train station. 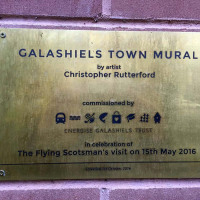 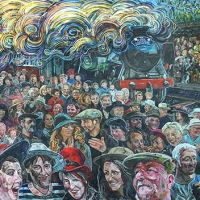 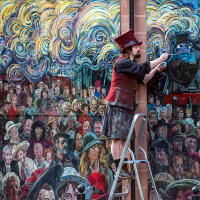 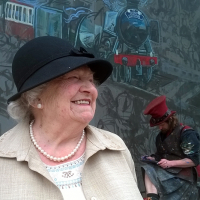 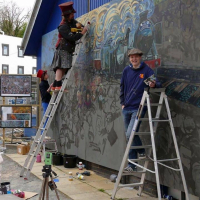 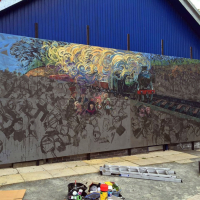 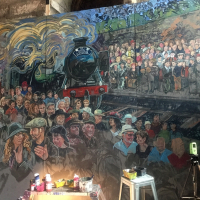 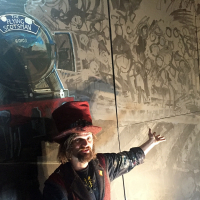 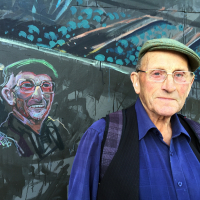 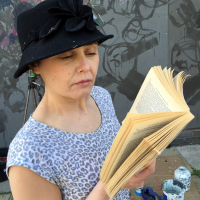 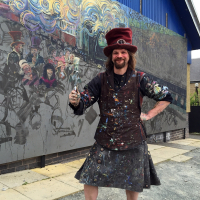 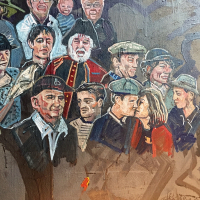 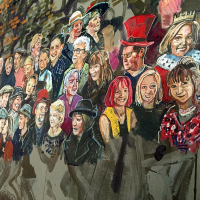