The battlefield scene featured portraits ranging in size from massive four foot faces to half inch heads. I anticipated proud Scots from around the world being recruited into the army and set up a special kick starter page in 2014 for sign-ups.

Click here to see a video of the project. 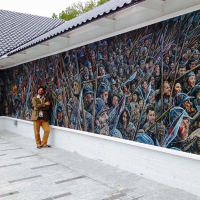 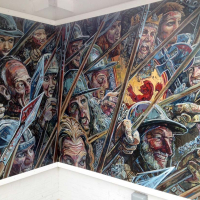 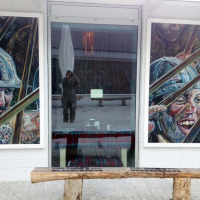 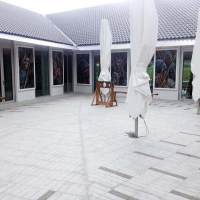 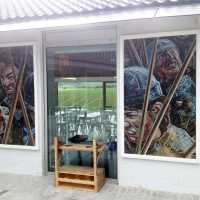 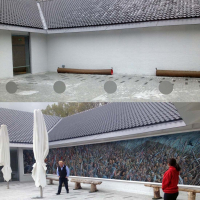 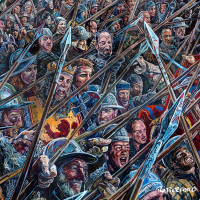 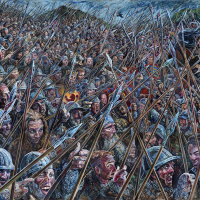 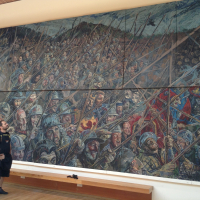 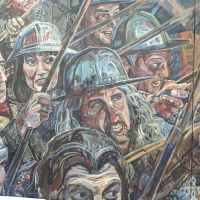 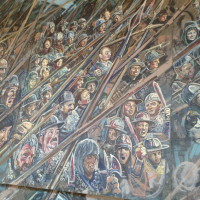 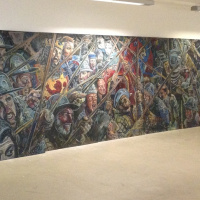 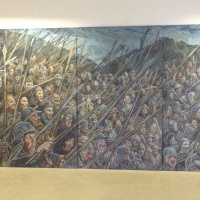 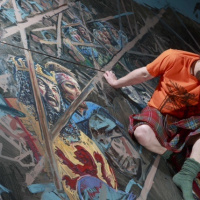 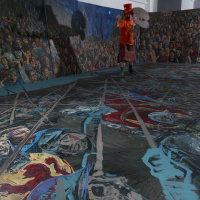 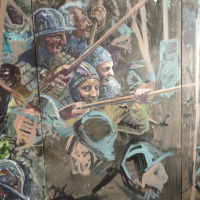