The Aftermath Dislocation Principle (ADP) is a trilogy of artworks by Jimmy Cauty on a nationwide tour across the UK - each artwork is a 1:87 scale model housed in a shipping container, which are viewed through observation ports in the sides of the containers. It was also installed at Dismaland, the temporary art project organised by street artist Banksy and constructed in the seaside resort town of Weston-super-Mare in Somerset, England in 2015.

Captain Porteous was arrested for murder but after discovering that plans were afoot to arrange a pardon for him, a mob converged on the Tolbooth on the Royal Mile and he was dragged out of his prison cell and back down to the Grassmarket, where he was lynched, dying a deeply unpleasant death. Captain Porteous was buried in the adjacent Greyfriars Kirkyard in a grave marked with a simple ‘P’. This was replaced in 1973 by a stone bearing his full name and the moniker. 'All passion spent’.

On the closing weekend of the ADP Riot Tour’s installation in Edinburgh I was asked by the Greater Grassmarket Business Improvement District (BID) and events organisers Too Much Fun Club to paint a mural of the scene alongside, renowned Scottish street artist and illustrator, Elph. Working on connected octagonal boards, both Elph and I engaged visitors to the Grassmarket as we worked on our separate but related public art works. Elph invited audience participation with hands-on painting by the public, and I convinced visitors to pose for portraits to be incorporated into the scene. My crowd scene painting was inspired in part by James Drummond RSA who painted the riot in 1855. Our pictures were situated back to back over the weekend and it was really great to have the two different styles complement and contrast one another and in an unintentional twist, even our clothes ended up matching our paintings. 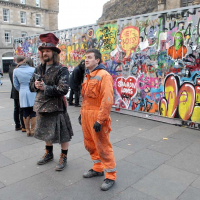 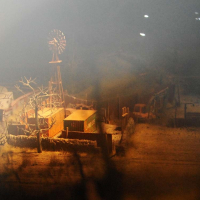 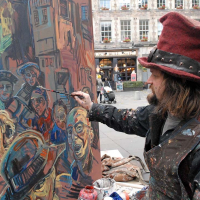 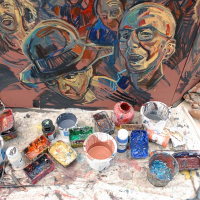 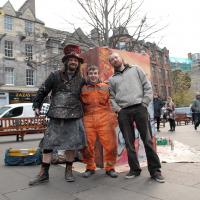 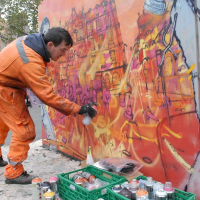 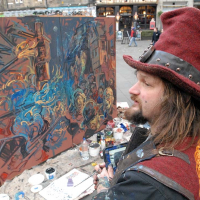 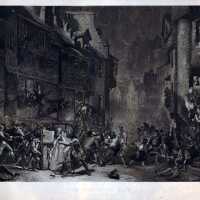 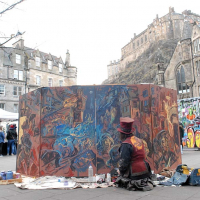