Skip to content
In 2010 I was asked if I would paint a mural in my son's nursery play hut at George Watson's College in Edinburgh. Unfortunately at the time of asking it was November and freezing, and the last thing I wanted from the project was to be cold and grumpy, having to shoo the kids away whenever they took an interest. I really wanted them to be involved in the whole project, and preferably painting it themselves. Furthermore, the average age of the kids was four, so their capacity for direction was far outweighed by their capacity for anarchy. I realised that the kids were too young to neatly fill within lines of a drawing, but their handling of paint was fantastic - really free and expressive and totally unbounded by adult inhibitions.
I decided that the best thing was for the kids to do all the painting within the confines of a huge custom-made jigsaw. They scraped, brushed and rolled a mixture of paint, glue and sand onto the surface of the jigsaw with startling success. The whole back section was painted in about a day with groups of five or six smocked munchkins taking it in turns to join the party. Great fun!! The teachers had never seen anything like it. All I had to do was screw together the pieces afterwards, and hey presto! I would like to think that all the kids who were involved will have learned something from this experience, and the following year's kids are enjoying the space and have built it into their games, so it seems to have been a success. Happy days. 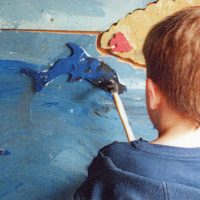 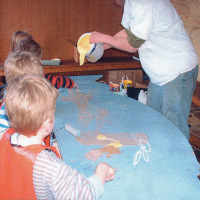 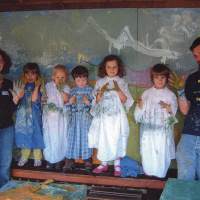 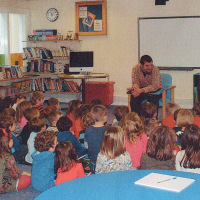 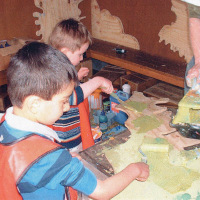 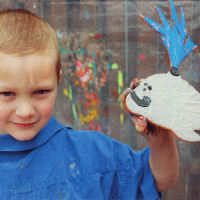 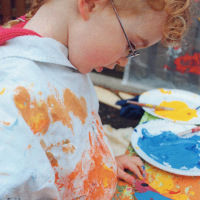 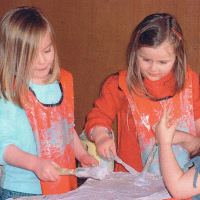 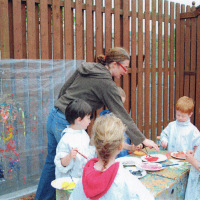 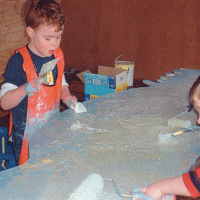 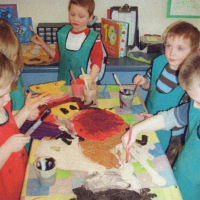 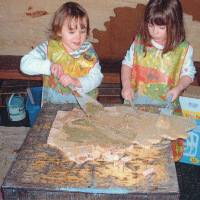 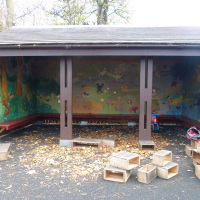 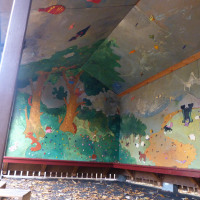 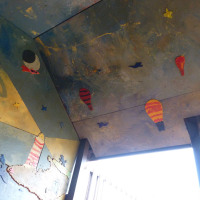 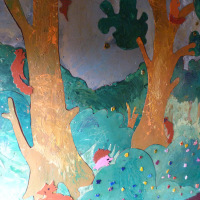 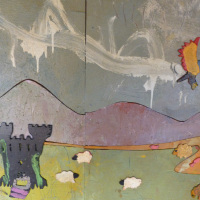 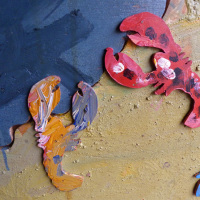 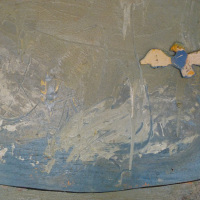 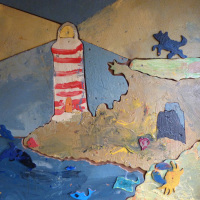 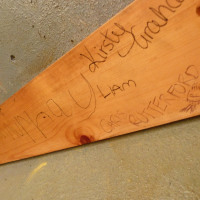 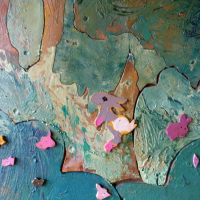 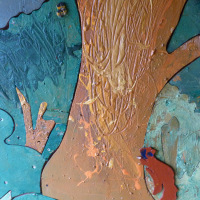 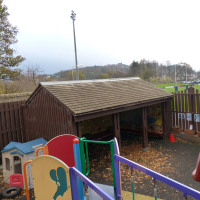